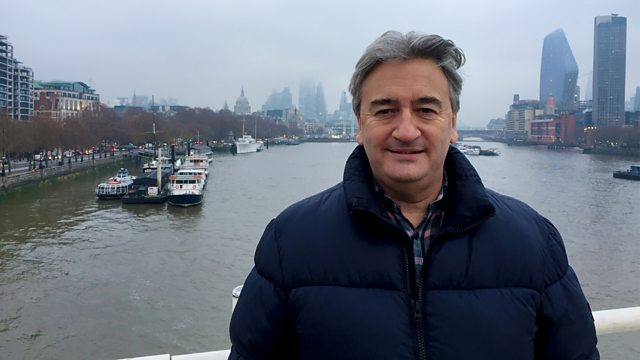 How the Irish Shaped Britain
Episode 2 of 3

Fergal Keane continues his exploration of the profound influence the Irish have had on Britain, from the years of Famine to the construction of Britain in the 20th Century.

In the second part of “How the Irish Shaped Britain,” Fergal Keane continues his exploration of the profound influence the Irish have had on Britain.

In this episode we begin with the years of the Great Famine. Millions leave Ireland, many of them heading for the port cities of Britain, where they are far from welcome. But soon they become an integral part of the workforce in the factories and shipyards of Scotland and England. Then, in the second half of the 19th century, Irish Fenians, partly in revenge for the famine, launch the first terrorist bombing campaign to hit these shores.

In parallel with that, Irish MPs flex their muscles in Westminster; while on the cultural stage Irish playwrights and writers are bringing the 'English language back to the English'. It’s a pattern that stretches through the decades, to the reconstruction of Britain’s bombed out cities after World War Two and the building of a more modern Britain in the 1950s and 1960s, with the successors of the Irish navvies digging their way underground. Irish descendants also begin to shape the British musical scene.

It’s a tale of rejection and assimilation, of hatred and tolerance, of separateness and of mixing. In the story of how the Irish shaped Britain, as Fergal points out, there are all kinds of narratives and counter-narratives being told at the same time.

Kingdoms of the Broad Sea

The Long Road to Peace

See all episodes from How the Irish Shaped Britain