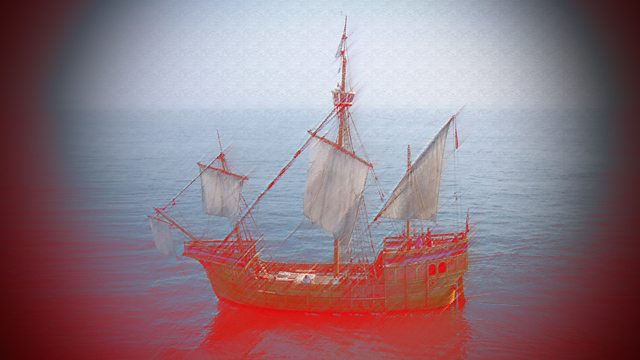 Drama Star of the Sea
Episode 1 of 2

It is 1847 and American journalist Grantley Dixon is investigating a murder on board the Star of the Sea of bankrupt landowner, husband and father Lord David Merridith.

Star of the Sea by Joseph O’Connor dramatised for radio by Clare McGowan.
It is 1847 and American journalist Grantley Dixon is investigating a murder on board the Star of the Sea of bankrupt landowner, husband and father Lord David Merridith. The ship is bound for New York and full of fleeing refugees escaping from Ireland and the Potato Famine that has torn the country they have left apart.
The ship is full of characters, all of whom may have a reason as to why they would want to kill Lord Merridith, but who is the actual murderer. Someone on board this ship is hungry for vengeance and and has a need to see justice executed…
Could it be Laura his wife, or their maidservant Mary or the pitiful Pius Mulvey who drags his maimed leg behind him as he stalks the deck at night….
There are many characters for Grantley to choose from.
Few novels have been written about the Irish Potato famine by the great writers but Joseph O’Connor shows us in glorious technicolor just what effect this famine had on Ireland and its people.

Episode Two—Star of the Sea