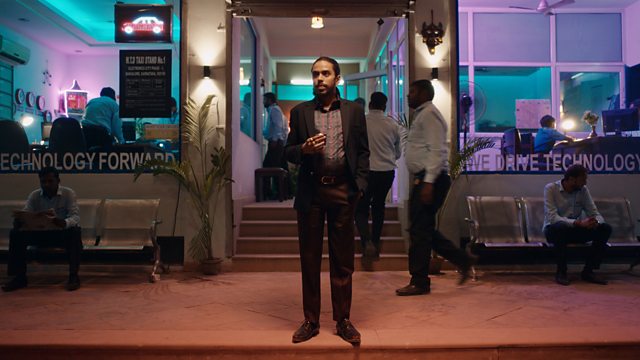 The White Tiger is a new Netflix film based on Aravind Adiga’s 2008 Booker Prize-winning novel, directed by Ramin Bahrani. It explores Indian society and how hard it can be to climb the social ladder, as Balram, played by Adarsh Gourav, struggles to advance even when he has found rich employers. For our Friday review, writer Abir Mukherjee and film critic and host of the Girls on Film podcast Anna Smith give their verdict, and reflect on the week that saw 22-year-old poet Amanda Gorman perform The Hill We Climb at President Biden’s inauguration.

Every year one of the first literary events is the T. S. Eliot Prize readings, when each of the 10 shortlisted poets performs to a packed Royal Festival Hall. But this year the The South Bank Centre is streaming the poets' readings instead. The winner will be announced immediately afterwards. Chair of the judges Lavinia Greenlaw discusses this year's shortlist.

Denise Dutton discusses her commission to sculpt the statue of Mary Anning, the 19th-century fossil hunter from Lyme Regis. The statue of the pioneer of palaeontology was crowdfunded by a campaign started by 13-year-old Evie Swire. Denise, who has also made statues of suffragettes and the Women's Land Army, considers the role played by statues in bringing overlooked women to public attention.

It's a Sin, how Aids has been depicted in culture, Glastonbury Festival cancellation, London International Mime Festival

The White Tiger is streaming on Netflix from 22 Jan

The shortlisted poets are: