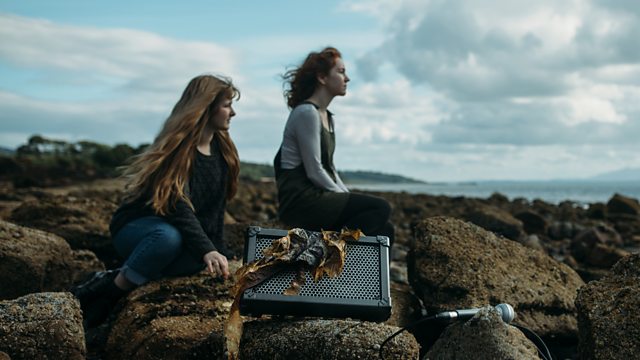 Set on the fictional Scottish island Kinnan, Eilidh stares out to sea and dreams of a new life. Myth and reality collide when the tide washes a mysterious stranger onto her beach.

The two-hander female cast sing all the songs, perform a whole host of characters, while weaving, building and layering their voices to create all the sound effects into an expansive, ethereal soundscape for the ears and imagination.
Performed and sung by Kirsty Findlay and Bethany Tennick
Winner of Musical Theatre Review’s Best Musical Award – Edinburgh Fringe 2019

Conceived and directed for the stage by Amy Draper, with musical book by Stewart Melton and music and lyrics by Finn Anderson, for Helen Milne Productions.
Produced and Directed for BBC Audio Drama North by Pauline Harris
(Photography by Jassy Earl)