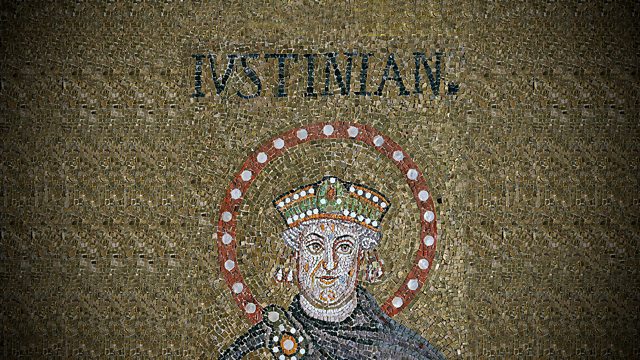 The Plague of Justinian

Melvyn Bragg and guests discuss the outbreak of plague in 541AD in Byzantium that was said, at the time, to have blighted the lives of all mankind.

Melvyn Bragg and guests discuss the plague that broke out in Constantinople 541AD, in the reign of Emperor Justinian. According to the historian Procopius, writing in Byzantium at the time, this was a plague by which the whole human race came near to being destroyed, embracing the whole world, and blighting the lives of all mankind. The bacterium behind the Black Death has since been found on human remains from that time, and the symptoms described were the same, and evidence of this plague has since been traced around the Mediterranean and from Syria to Britain and Ireland. The question of how devastating it truly was, though, is yet to be resolved.

Rebecca Flemming
Senior Lecturer in Classics at the University of Cambridge

Greg Woolf
Director of the Institute of Classical Studies, University of London

Greg Woolf at the University of London

Rebecca Flemming at the University of Cambridge

Kyle Harper, The Fate of Rome: Climate, Disease and the End of an Empire (Princeton University Press, 2017)

‘The Justinianic Plague: An Inconsequential Pandemic?’ by Lee Mordechai et al - Proceedings of the National Academy of Sciences (December 2019)

Re Kyle Harper's book (listed above): J. Haldon et al., ‘Plagues, climate change, and the end of an empire: A response to Kyle Harper’s The Fate of Rome’, History Compass (fall 2018) – a three part review
Part 1: Climate
Part 2: Plagues and a crisis of empire
Part 3: Disease, agency, and collapse