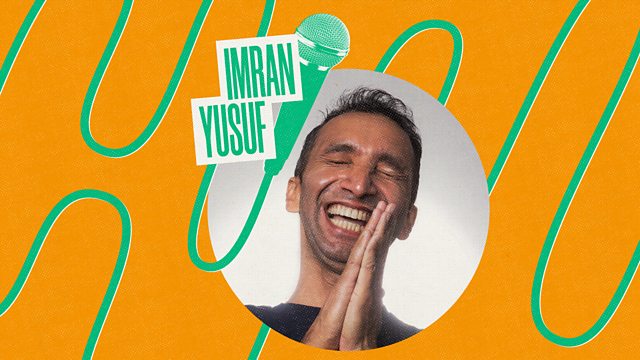 We've all got labels - some we're given, some we're born with. In his first show for Radio 4, comedian Imran Yusuf does some soul-searching about what it means to be a 'man'.

We all have labels. Some we're given and some we actively choose. In his first show for Radio 4 Imran Yusuf ponders one label he was born with - man.

How do you learn to be a man and what does being a 'man' even mean? In this autobiographical audience show, Imran looks at where he got his role models from as a boy, what he thought being a man was all about and how that view changed radically as he became an adult. Jackie Chan might have been his inspiration when he was young but it was a woman who sparked self-awareness and change.

This is a very funny and honest account of his life and changing attitudes to manliness.

Imran earned a Best Newcomer nomination in the Fosters Awards for his first Edinburgh show in 2010.

Written and presented by Imran Yusuf

Jayde Adams: From ASDA to Diva