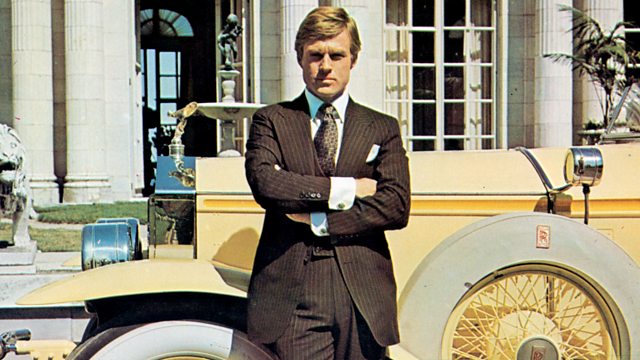 Melvyn Bragg and guests discuss one of the great American novels of the 20th Century, where inexplicably rich Jay Gatsby aims to win Daisy Buchanan from her millionaire husband.

Melvyn Bragg and guests discuss F Scott Fitzgerald’s finest novel, published in 1925, one of the great American novels of the twentieth century. It is told by Nick Carraway, neighbour and friend of the mysteriously wealthy Jay Gatsby. In the age of jazz and prohibition, Gatsby hosts lavish parties at his opulent home across the bay from Daisy Buchanan, in the hope she’ll attend one of them and they can be reunited. They were lovers as teenagers but she had given him up for a richer man who she soon married, and Gatsby is obsessed with winning her back.

The image above is of Robert Redford as Gatsby in a scene from the film 'The Great Gatsby', 1974.

The Plague of Justinian

Sarah Churchwell at the University of London

‘The Serious Superficiality of The Great Gatsby’ by Joshua Rothman - The New Yorker, 2013

Maureen Corrigan, So We Read On: How The Great Gatsby Came To Be and Why It Endures (Little, Brown, 2014)

Timo Müller (ed.), Handbook of the American Novel of the Twentieth and Twenty-First Centuries (De Gruyter, 2017), especially ‘F. Scott Fitzgerald: The Great Gatsby’ by A. Gross