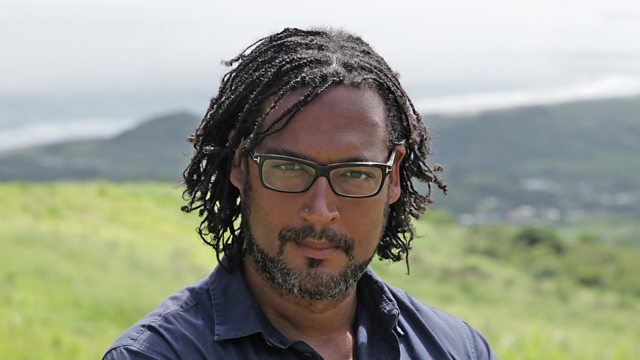 Historian and broadcaster David Olusoga shares the eight tracks, book and luxury item he would take with him if cast away to a desert island. With Lauren Laverne.

David Olusoga is a historian, writer and broadcaster who has presented a range of programmes including the BBC’s A House Through Time and Civilisations. He is currently professor of public history at Manchester University.

Born in Lagos, the second child to a Nigerian father and a British mother, David was brought up by his mother in Gateshead after his parents’ marriage broke down. As a child he and his siblings experienced sustained racism and he remembers school as a place of violence and cruelty.

He credits his mother’s tenacity and her determination to educate her children for his later success in getting to university and establishing a career in television. His love of history developed from a young age, thanks to one of his teachers who taught him why an understanding of history matters. Watching television documentaries also opened up a world of possibility and David fondly recalls programmes from the 1980s presented by the historian Michael Wood, who made history seem cool in the eyes of the young schoolboy glued to the TV in his Gateshead council house.

Last year David delivered the MacTaggart Lecture at the Edinburgh Television Festival in which he talked candidly about his loneliness at being the only black person on a production team and the difficulties he had trying to explain the racial implications of how, for example, people in Africa were often portrayed on screen.

BOOK CHOICE: The Collected Essays, Journalism and Letters of George Orwell: An Age Like This, 1920-40
LUXURY ITEM: Acoustic guitar
CASTAWAY'S FAVOURITE: Dark Was the Night, Cold Was the Ground by Blind Willie Johnson