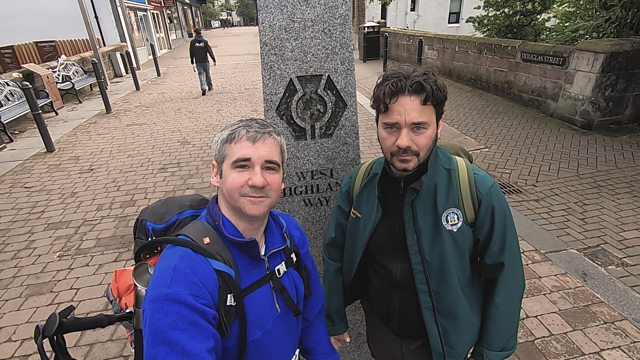 This episode follows Iain on the 47 miles from Glasgow to Crainlarich, the halfway point of his journey along the West Highland Way.

This first episode follows Iain on the 47 miles from Glasgow to the halfway point at Crainlarich. Accompanying him on day one of his West Highland Way adventure is his Small Faces screen brother, Stephen Duffy, who walks with him on the first 20 miles, starting in Milngavie.

On reaching Loch Lomond, he is joined by chef and restaurateur Guy Cowan and Takin’ Over the Asylum writer Donna Franceschild as the trio share a posh packed lunch on the banks as well as performing a dramatic dog rescue.

Iain also makes a disastrous attempt at kayaking before catching up with River City co-star Lesley Hart in Crainlarich.