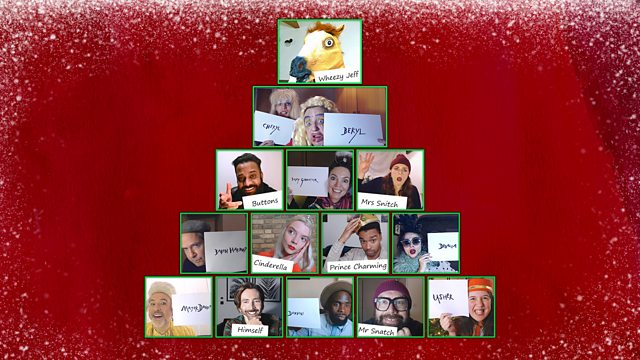 A Comic Relief Pantomime for Christmas

Olivia Colman leads a stellar cast of actors, entertainers and comedians in a very special ‘stay-at-home’ adaptation of Cinderella for Comic Relief.

The worlds of theatre, film, comedy and music collide as Comic Relief presents a brand new ‘stay-at-home’ adaptation of the pantomime Cinderella.

The timeless classic, rewritten by the award-winning Dawson Brothers and produced by Richard Curtis, sees a host of A-list stars take on some of the most iconic roles in panto.

The stellar cast includes Olivia Colman as the Fairy Godmother, Guz Khan as Buttons, Helena Bonham Carter as Devilia, Tom Hollander as Baron Hardup and real-life sister and brother Daisy May and Charlie Cooper as the Evil Stepsisters. This virtual script-read guarantees big laughs whilst also raising money to fight loneliness, hunger and cold at home and abroad, both during Christmas and beyond.

Beauty and the Beast

See all episodes from A Comic Relief Pantomime for Christmas