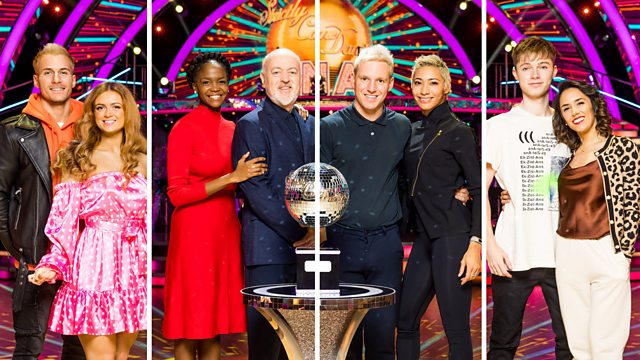 After nine sensational weeks of sparkle, glamour and show-stopping performances, the remaining four couples take to television’s most prestigious dance floor for the final time.

Tess Daly and Claudia Winkleman host the grand final of Strictly Come Dancing. Back in October, 12 stars entered the ballroom, and now we are down to the final quartet. Tonight, those four and their partners dance three times in a bid to lift the famous Glitterball Trophy.

First, the judges pick a dance from the series they would like to see again. Then, the couples perform their showdances, and finally, each couple dances their favourite routine from the series.