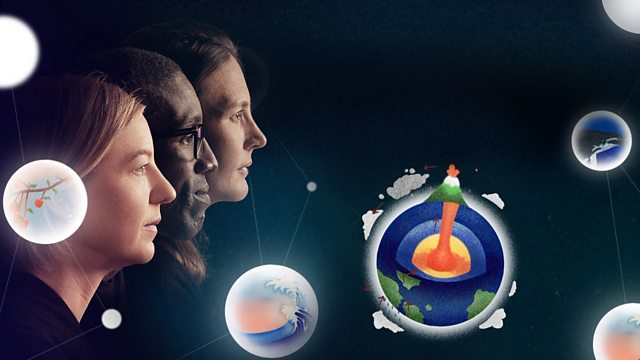 Professor Chris Jackson travels back into deep geological time, charting the Earth’s climate as it swings from hothouse to ice house and back again. With the help of spectacular volcanic eruptions and giant snowballs, he shows us how our planet’s oldest rocks and fossils provide evidence of radical climate changes throughout its history.

Chris reveals that what drives these changes is the amount of carbon dioxide in our atmosphere. For billions of years, volcanic activity increased CO2 levels, and mountain building reduced them. But in the last 100 years, a new kind of geological force is tipping the balance - human activity. For the first time, it is we who are changing the planet Earth’s climate, and at a rapid rate, with dangerous consequences unless we act quickly.

See all clips from Engine Earth (2)