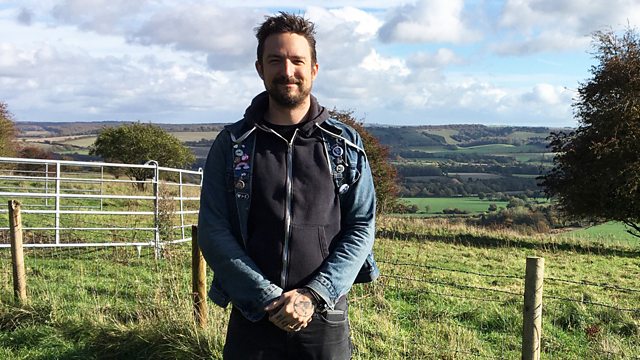 Frank Turner and the Meon Valley

Punk and folk singer-songwriter Frank Turner returns the area in which he spent much of this early life, to the Meon Valley, to find out more about its landscape and history.

In 2012 punk and folk singer-songwriter Frank Turner was on top of the world. He had his first gold record, headlined his first arena show, and to top it all off he performed at the opening ceremony of the London 2012 Olympics. But as the press requests and celebrity party invited poured, Frank chose to step out of the limelight and head home, back to Winchester and the Meon Valley where he spent the first part of his life, to walk the South Downs Way.

For this programme Frank returns to the area to find out more about its rich Saxon history and its unique wildlife habitats, and to explore how this area shaped him as a person and as a musician, with songs like 'Take Me Home' and 'Wessex Boy' drawing so strongly from the landscape. There's even time for him to speak to his Mum!

The Lighthouse on the Headland of the Great Seas