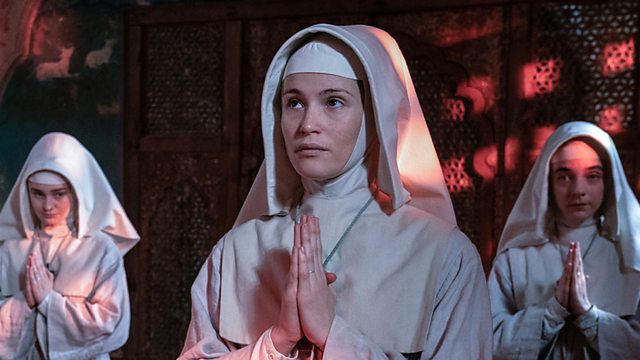 Black Narcissus - the story of a group of Anglo-Catholic nuns.

New BBC three-part drama Black Narcissus tells the story of a group of Anglo-Catholic nuns who travel to the Himalayas to set up a school in an abandoned clifftop palace, which was once known as the 'House of Women'. Adapted from Rumer Godden's 1939 novel, the writer Amanda Coe joins Jane to discuss.

Coping strategies over the Christmas period with the psychologist Laverne Antrobus.

Carolyn Cobbold is No. 10 on the Woman's Hour Power List 2020: Our Planet. She's worked tirelessly to quite literally change the shape of coastal defence, leading the Manhood Peninsula Partnership to secure funding for the largest coastal realignment project in Europe.

The musician and DJ Cerys Matthews tells us about her latest album 'We Come From the Sun' which involved collaborating with the Hidden Orchestra and 10 poets. She's joined by the award winning poet Liz Berry who talks about her track Christmas Eve.

Being diagnosed with ASD at 27; Parlour songs; Child protection conferences