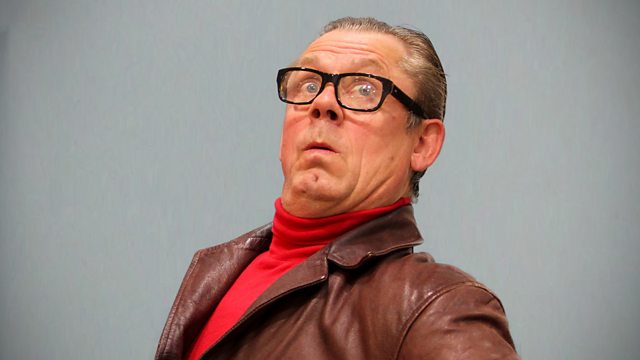 Excuse Me, Are You John Shuttleworth?
Episode 1 of 2

After years of hiding behind the masks of made-up people, Graham Fellows emerges to share the twists and turns of his own story, from Jilted John to John Shuttleworth and beyond.

Radio 4 fans need no introduction to singer/organist John Shuttleworth, who has been a firm favourite on the station for some years now. But say the name Graham Fellows and many listeners won’t know who you’re talking about – including John Shuttleworth himself!

Graham Fellows is an actor, musician and character comedian who has been in showbusiness for 40 years and, after hiding behind the masks of made-up people, it’s time he revealed himself.

This two-part series is an honest account of Graham’s life to date - sometimes hilarious, sometimes moving and often disarmingly honest - which will give a real sense of the man behind the mask. Each show will be punctuated with witty and moving songs performed on pedal harmonium and Graham will share which songs he kept for himself and which he gave to his characters, and why.

There will, on occasion, be interjections from some of Graham’s characters, particularly John Shuttleworth, as these lives are so intertwined. In fact, John is such a well-developed character that he can interject when Graham least expects it!

Part One finds Graham greeting John on Christmas Eve before he begins to share his story, although John doesn’t know who he is or why he’s there and assumes he’s a carol singer. But Graham wants to take us back to 1977 when he first started Drama school and came up with a riff that led him to his first character – Jilted John.

From here we follow Graham’s life as a jobbing actor in Coronation street, a theatrical landlord to Hollywood star Mark Rylance, and a role in the film Morons from Outer Space.

Then Graham lands a song publishing deal for his first solo album, Love at the Hacienda, and to celebrate the deal and amuse the record company he recorded a comedy demo tape, in which he pretended to be a naff singer/songwriter looking himself for a song publishing deal. His publisher loved it and the solo career was put on hold.

The show ends with the song that explains Graham’s love for audio recording and, in particular, reel to reel tape recorders which is how he came to start talking to himself and eventually created the world of John Shuttleworth, his family and friends.

See all episodes from Excuse Me, Are You John Shuttleworth?