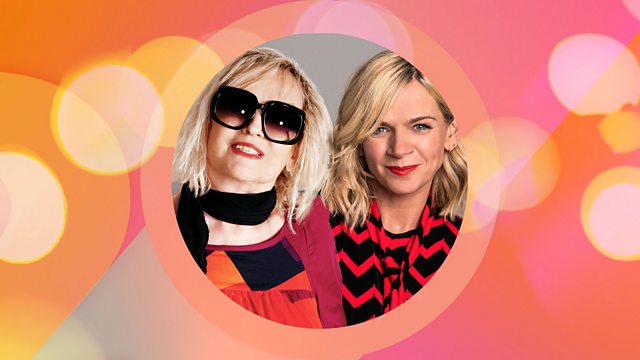 Annie Nightingale talks to her friend and fellow trailblazer Zoe Ball in a warm, humorous and entertaining trip through an incredible 50 year career on BBC radio and television.

Annie Nightingale talks to friend and fellow trailblazer Zoe Ball in a warm, humorous and entertaining trip through an incredible career. Along the way they pick key tracks from the musical library of a British female broadcasting pioneer.

Annie Nightingale CBE is best known as the first female DJ on the BBC when she joined BBC Radio 1 and is now the network’s longest serving broadcaster, marking 50 years in 2020. She is also a renowned TV presenter, author and journalist with a career that has been marked by encouraging and promoting new musical talent, as well as working in the areas of news, current affairs and the arts.

Her media career began as a contemporary of The Beatles and Rolling Stones, chronicling and contributing to the counterculture of the 1960s. She hosted her first TV series, That’s For Me, in 1965 with early appearances from The Yardbirds and The Who, and fronted fabled music TV series The Old Grey Whistle Test for five years as its solo anchor, carefully shifting the focus from Steely Dan and Stackridge to the new emerging punk and new wave talents of bands such as The Police and The Jam. In addition to numerous TV and radio documentaries, Annie is a journalist, writing for numerous magazines and newspapers and interviewing many cult figures, making lifelong trusting friendships along the way.

With her immediately recognisable voice, style and respected opinions Annie has always been in tune with our tastes, yet effortlessly always one step ahead. Zoe and Annie play tracks from and discuss her friendships with the people she has interviewed and championed over the decades, including Billie Eilish, Bob Marley, Dusty Springfield and Marc Bolan.