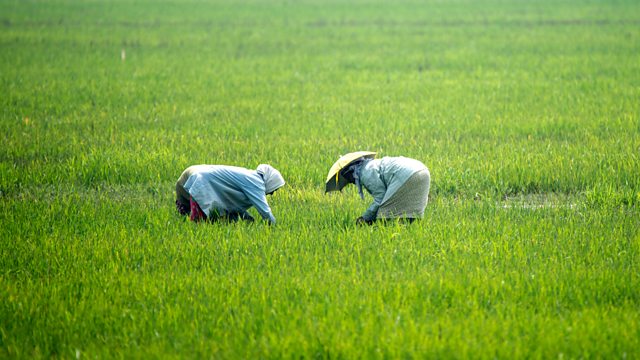 A look at the ethical and religious issues of the week with Emily Buchanan.

Millions of farmers across India are striking in a dispute with the government over new agricultural laws. The Government says the new law would free farmers from a current system of middlemen, but the farmers believe prices will fall and small farmers will struggle. Indians of many faiths are involved but the majority are Sikh and Sikh communities around the world have been demonstrating, concerned at what might become of the some 146 million farms in India, with an average size of less than 3 acres. Emily Buchanan talks with the BBC’s Rahul Tandon.

The covid pandemic has undoubtedly changed the way we work, socialise and even worship. But the uncertainty has - for some - given rise to an opportunity of a spiritual awakening. Ellie Quinn - who is in Istanbul, and Oscar Portar, here in the UK - both found themselves converting to a new religion this year. We hear them in conversation sharing their journey to faith in lock-down.

The Christmas tree lights in Durham Cathedral will be switched on this Sunday by a nurse and a doctor from the local hospital to pay tribute to the work carried out by 1000’s of clinicians during the pandemic. Dawn Kempson is a Junior sister at University Hospital of North Durham and Dr Tara Watkiss works in A+E at the same hospital. Emily talks to them about how they have coped this past year.