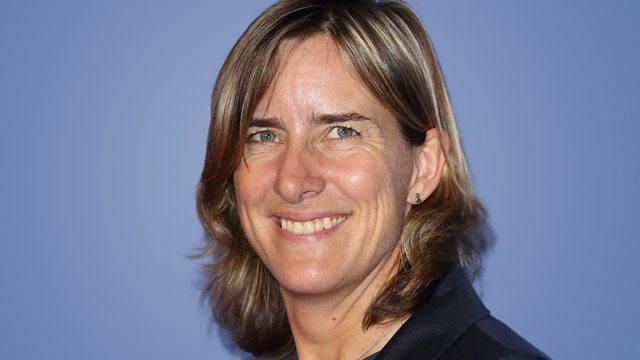 Dame Katherine Grainger won five medals for rowing in five consecutive Olympic Games from 2000 to 2016, including gold in London 2012. She also has a PhD in criminal law and is chair of UK Sport. She joins Richard Coles and Nikki Bedi to discuss her extraordinary life.

Kelly Jones is the frontman of the rock band the Stereophonics. Known for his distinctive gravel-voice, he was born in South Wales and followed his dad into the music industry. He’s just released a solo album Don’t Let the Devil Take Another Day and the recent documentary Don’t Let the Devil Take Another Day follows him through his recovery from throat surgery after which he had to re-learn to sing.

Ben Aitken was on the lookout for a budget holiday when he signed up for a five-day coach trip to Scarborough. Through spending time with the often elderly people on the bus, he discovered their fascinating stories and ended up signing up for six coach holidays across the UK which he has written about in his book The Gran Tour.

And we hear from Kev who, with help from his support worker Henrietta MacEwen from Buses4Homeless, was given a grant by the Vicar's Relief Fund to help him rent a home. The Vicar's Relief fund is part of the work of St Martin-in-the-Fields does with people who are homeless. To donate to the Radio 4 Christmas Appeal with St Martin-in-the-Fields call 0800 082 82 84 now. Calls are free from landlines and mobiles.

And we have the Inheritance Tracks of actor Richard Armitage.