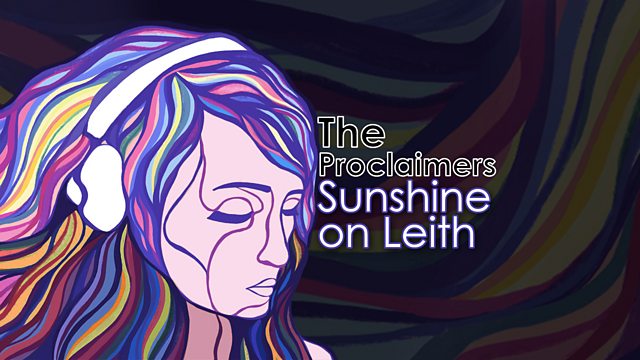 The Proclaimers' Sunshine on Leith was released in 1988 but wasn't the hit hoped for by the band. But it has endured and has become an anthem to love and humanity.

Sunshine on Leith was released in 1988 but didn't become the big hit The Proclaimers had hoped for. However it has endured and become an anthem of love and a celebration of life. It is the song played at Hibs FC matches and has come to symbolise the sense of community felt by supporters. Margaret Alcorn recalls how she and her husband were involved in the Hibs Supporters Club organising and taking part in social events for local people in Leith. When their club came under threat from a merger with rival Edinburgh team Hearts she and her husband worked tirelessly to preserve it. Craig and Charlie Reid played a benefit concert for the Club. Sunshine on Leith became the song that expressed the emotions of the fans during that time and has remained the song they still sing at the football ground. When her husband passed away the song played at his funeral was Sunshine on Leith.
Musician Ross Wilson grew up in Leith and is also a passionate Hibs Supporter. The feelings of comfort and solidarity he experiences at home games led him to create his own version of the song which he performed with a choir to celebrate one of his favourite songs that reminds him of home and that he calls true soul music.
Melinda Tetley's family would always sing Proclaimers songs at home in Edinburgh while her three children were growing up. But when her teenage son fell ill with leukemia Sunshine on Leith took on a special significance for them culminating in a spontaneous joyful singalong on a walk along a lochside.
The human rights lawyer Clive Stafford-Smith is a big fan of The Proclaimers and remembers seeing them perform Sunshine on Leith in New Orleans just days after 9/11 to an audience of exactly eight people - half of whom were the prosecuting team in a Death Row murder case he was defending. And musicologist Dave Robb who toured with The Proclaimers explains the song's lasting emotional appeal and spiritual beauty.

Lean On Me by Bill Withers

I Wonder as I Wander