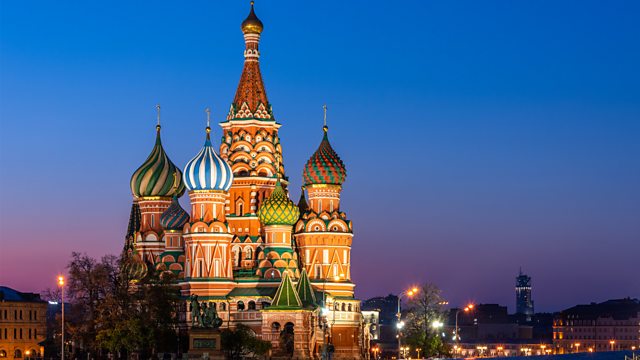 Daniele Rustioni conducts the Ulster Orchestra in an all-Russian programme- featuring Tchaikovsky's Symphony No. 2 in C minor "The Little Russian" and Shostakovich's Piano Concerto No. 2 in F major performed by pianist Barry Douglas.

Daniele Rustioni took up his position as principal conductor of the Ulster Orchestra last year, and in this programme explores some truly exciting and colourful repertoire. Stravinsky's Octet for Wind Instruments opens the concert, the piece was completed by the composer in 1923 and was one of the first times we see neo-classicism in Stravinsky's music.

Pianist Barry Douglas then joins the orchestra for Shostakovich's Piano Concerto No. 2 in F Major, a piece he wrote for his son Maxim's 19th birthday- a work full of inventive writing for the solo instrument as well as orchestral acrobatics and rhythmic intensity.

To finish, Tchaikovsky's Symphony No. 2 in C minor, affectionately nicknamed by his peers as "The Little Russian" because of his inclusion of well-known folk tunes of the time. Composed in 1872, the work was popular with audiences when it was first performed, and although a substantial work it is actually the composer's shortest symphony.

During the interval, John Toal speaks to pianist Barry Douglas about the Shostakovich Piano Concerto No. 2 as well as featuring some solo performances by Douglas from his recent album releases.

Followed by music off disc:

Seasonal music from the Gesualdo Six

See all recipes from A Little Russian Odyssey