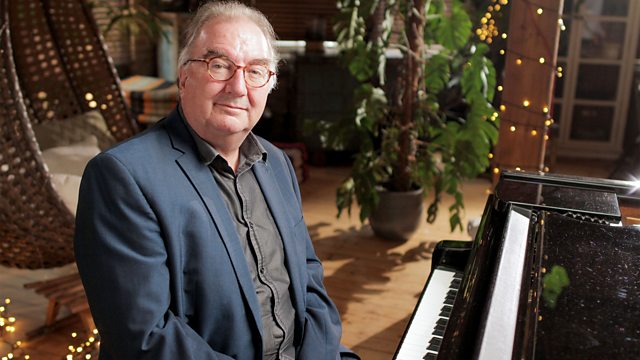 Neil Brand explores how television jingles and advertisements lodge themselves in our collective memory, including the long-forgotten test card tunes found in American hip-hop.

Neil Brand looks at the impact of television music, this time not what was composed for the programmes themselves, but the music that surrounds them – jingles, idents and advertising, all of which play a huge part in our television memories.

Neil revisits the earliest days of BBC television, when the first-ever musical ident for Auntie was created in the 1950s, and when the spaces between programmes were filled with musical interludes such as the infamous potter’s wheel and, of course, the test card. Bob Stanley of cult band Saint Etienne explains the significance of this music to generations, surprisingly showing how long-forgotten test card tunes are sampled in huge-selling American hip-hop records.

With the advent of commercial television in the UK, ITV rivalled the BBC for airtime and lured viewers in with the new language of advertisements. But these had not yet reached the impact they had seen in the USA, the home of the TV jingle, where a 30-second tune could make or break a brand, as seen in the competing fortunes of Coca-Cola and Pepsi.

Flying west to Las Vegas, Neil meets the most successful jingle singer of all time, Linda November, the unseen voice behind thousands of TV spots and countless hours of high-rating television. He sees how short musical phrases known as stings evolved to brand an increasing range of TV channels in the more competitive world of multi-platform television. And finally, Neil hits the studio with maverick brand composers Jingle Punks to record a jingle that sums up the very heart of the series - Neil Brand himself.

See all episodes from The Sound of TV with Neil Brand