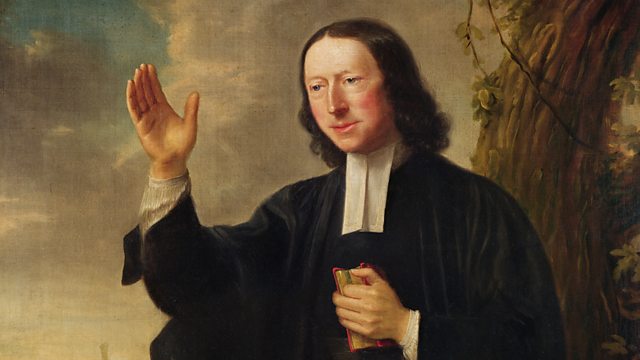 Melvyn Bragg and guests discuss the difference John Wesley made during the Christian Revival of the 18th Century, developing Methodism into a major movement around the world

Melvyn Bragg and guests discuss John Wesley (1703 - 1791) and the movement he was to lead and inspire. As a student, he was mocked for approaching religion too methodically and this jibe gave a name to the movement: Methodism. Wesley took his ideas out across Britain wherever there was an appetite for Christian revival, preaching in the open, especially the new industrial areas. Others spread Methodism too, such as George Whitefield, and the sheer energy of the movement led to splits within it, but it soon became a major force.

Stephen Plant at the University of Cambridge

David Bebbington, Evangelicalism in Modern Britain: A History from the 1730s to the 1980s (Routledge, 1989)

J. Lenton, John Wesley’s Preachers, A Social and Statistical Analysis of the British and Irish Preachers Who Entered the Methodist Itinerancy before 1791 (Epworth Press, 2009)

Mark A. Noll, The Rise of Evangelicalism: The Age of Edwards, Whitefield and the Wesleys (InterVarsity Press, 2003)