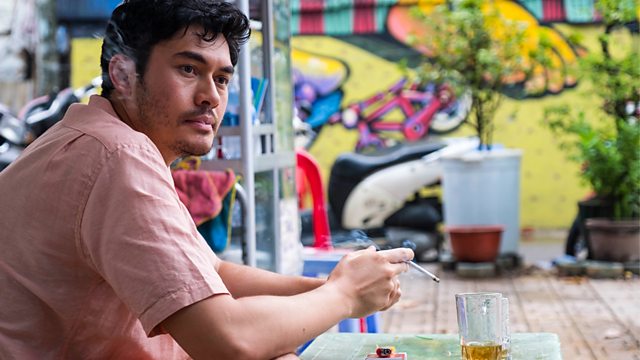 Quasi-autobiographical drama. In Vietnam for the first time since boyhood, Kit is a Brit adrift. He has a task to perform, but will he allow the individuals he meets to help him achieve more?

Kit, a young British-Vietnamese man, returns to his birth country for the first time in over 30 years. He was just eight years old when he and his family escaped Saigon as boat refugees during the Vietnam-American war. No longer familiar with this country and unable to speak his native language, Kit embarks on a personal journey from Saigon to Hanoi in search of a place to scatter his parents’ ashes. Along the way, he meets his estranged family and falls for Lewis, an American whose father had fought in the war.

During his travels, Kit finally starts to connect to the memories of his parents and his own roots.

Part of the British Film Premiere season from BBC Film and the BFI.