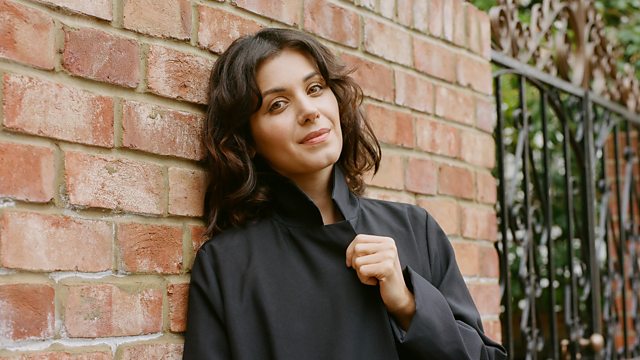 Seventeen years after achieving global success with her debut album, Katie Melua talks about her latest record Album No.8, and how she took a course in short fiction writing before embarking on the lyrics. Plus she performs a special acoustic performance for Front Row.

British-Ghanaian artist Lynette Yiadom-Boakye paints 'figments': portraits of fictitious people constructed from memory and fantasy. As Tate Britain re-opens, her Covid-postponed show Fly in League With the Night surveys her body of work from 2003 to the present day with a distinctive sense of mystery. Art critic Asana Greenstreet reviews the exhibition and gives us a sense of Yiadom-Boakye’s importance to British art now.

Husband and wife team Feargus Woods Dunlop and Heather Westwell from the New Old Friends Theatre company have come up with a novel way of beating Covid restrictions on live performances by turning their traditional Christmas show into an online advent calendar podcast – Crimes Against Christmas, which is loosely based on Agatha Christie’s Then There Were None. Feargus Woods Dunlop talks to Elle Osili-Wood about how and why they did it.

Katie Melua's concert At the Rivoli Ballroom streams live on 17 December 2020.
Her album, Album No. 8 is out now.
Main image and image to the left: Katie Melua   Images credit: Rosie Matheson

Lynette Yiadom-Boakye's exhibition Fly in League With the Night is at Tate Britain, London until 09 May 2021.  Timed tickets must be boked in advance.
Image: Installation view showing Lynette Yiadom-Boakey  No Need of Speech 2018.  Image credit: Tate(Seraphina Neville)