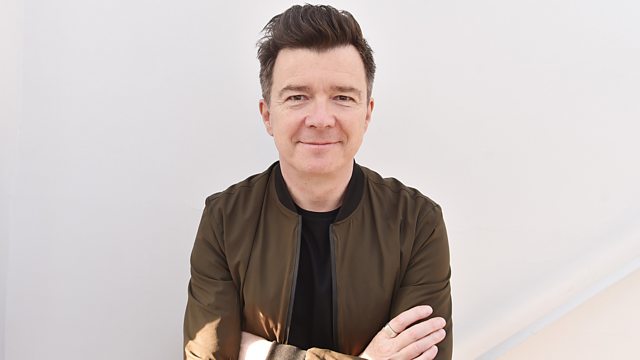 Rick Astley is on the show with a World Exclusive of new music and Motsi Mabuse is back to talk about the weekend's action on Strictly Come Dancing.

Rick Astley is on the show with a World Exclusive first play of new music. Rick’s first solo track, ‘Never Gonna Give You Up’ 1987, was a number one hit single in 25 countries and won the 1988 Brit Award for Best British Single. He made a comeback in 2007 after retiring from the industry, to make more time for family, between 1993-2000. He became an internet phenomenon when his ‘Never Gonna Give You Up’ track became integral to the meme known as “rickrolling”. He was voted Best Act Ever by internet users at the MTV Europe Music Awards in 2008. This prize was soon followed by a return of ‘Never Gonna Give You Up’ to the UK charts, 21 years after its first release. His 2016 album ‘50’ entered the UK album charts at number one.

'Strictly' judge Motsi Mabuse chats to Zoe looking back on the weekend's action and answer questions from the listeners. Motsi joined the BBC judging panel in 2019, and was previously a judge on the German version of Strictly Come Dancing, called Let’s Dance. She is also a former South African Champion and German Latin Champion in 2009 and 2010.
Wake up and embrace the day with Zoe Ball! Between 8 am and 9 am Zoe keeps the tunes rolling on Maximum Music Monday. And Zoe plays three disco classics from her personal collection in the Disco Ball at 8.30!

There's also a daily Pause For Thought with Father Brian D'Arcy and listeners on the line, as Zoe entertains the nation with fun for the family!

From Father Brian D’Arcy, a Catholic Passionist priest:
It has been said that in every relationship there are actually SIX people not two. Here’s how to make one and one add up to six. There’s: Who I think I am; who you think I am; and who I really am. Then there’s who you think you are; who I think you are; and who you really are. No wonder communication is so difficult! Relationships are intricate for many reasons but mainly because we keep changing as we grow; we either grow together or grow apart. How else can we become our true selves unless we grow. A tiny acorn has the potential to become not just a mighty oak tree, but actually has the potential to become a thousand oak trees. We humans have within us the seeds of unlimited potential.
And yet that limitless potential can be stifled by one little emotion – fear. Fear of failure kills our self- belief stone dead. That’s why courage is such an important gift to have. Courage is not the absence of fear, which can in fact be foolishness. Courage helps us to keep going in spite of our perfectly justified fears. Fear can be acronym. F-E-A-R = Face Everything And Recover. I believe love is an effective anti-dote to fear. I once heard a widowed mother of 8 children explain what love means in a marvellously simple way. She was asked if she loved all her children equally. She replied that she loved them all - but NOT equally. “I loved the one the most who felt a failure - until he began to feel good about himself,” she said. “I loved the one the most who was hurt - until he was healed; “I loved the one the most who was lost - until she was found.”
Henri Nouwen, who was a wonderful spiritual writer, eventually came to realize that the greatest temptation in life is not success, popularity, or power, but self-rejection – which falsely makes us substitute popularity for self-respect. And that is why my final advice to myself and to you this morning is this: ‘Never put the key to your happiness in someone else’s pocket.’