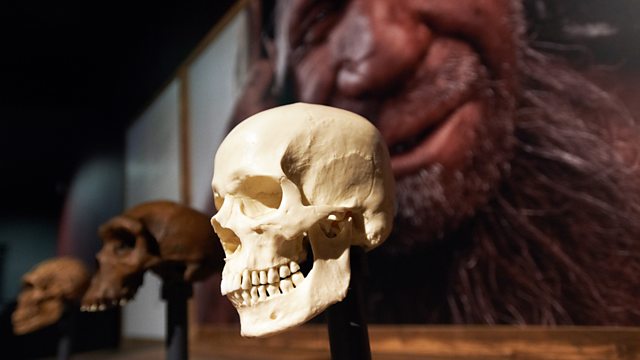 Amol Rajan explores different ways of thinking, and how far humans can be seen as unique for their ability to invent.

In The Pattern Seekers, Simon Baron-Cohen shows how humans have evolved remarkable ingenuity in every area of their lives – from the arts to the sciences – by using complex systemizing mechanisms. He says this ability to formulate if-and-then processes has driven progress for more than 70,000 years. He goes on to argue that the areas of the brain important for systemizing overlap with those for autism. As the Director of the Autism Research Centre at Cambridge University, Baron-Cohen wants to challenge people to think differently about an often misunderstood condition.

The archaeologist Rebecca Wragg Skyes is also seeking to challenge people’s perceptions. In Kindred: Neanderthal Life, Love, Death and Art, she builds a picture of an ancient ancestor who was far from being a brutish thug. She depicts the Neanderthals as curious and clever connoisseurs of their world: technologically inventive and artistically inclined. Humans may have been the survivors but Wragg Sykes argues that we are not necessarily uniquely special - we share many traits and DNA with our Neanderthal relatives.

Susan Carvahlo started her career as an archaeologist with a fascination for human evolution, but her interest in uncovering knowledge of our ancestors led her to become one of the main founders of the field of Primate Archaeology. For decades she has been studying stone-tool use by wild chimpanzees in West Africa. Alongside another project in the Rift Valley, she’s looking to use the knowledge gained from non-human primates to expand understanding of human origins and behaviour.

Derrida, Woolf, and the pleasure of reading