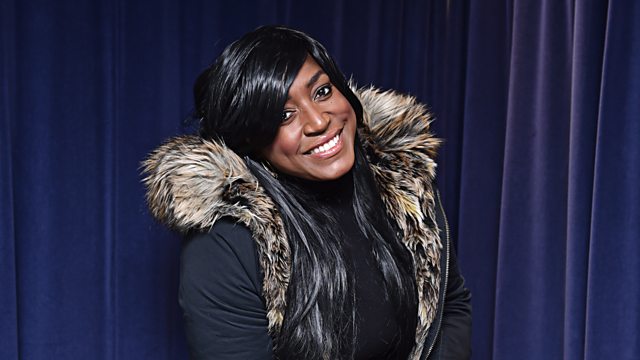 Nikki Bedi and Richard Coles are joined by Mica Paris. Hauled up onstage by Prince, fish 'n' chips with Stevie Wonder and footsie with Whitney Houston, and now EastEnders and a Gospel album.
John 'Chickie' Donohue joins us from New York - he travelled more than 8,000 miles into the middle of the Vietnam War, to take his buddies some beers.
Listener Liza Frank has been looking into folklore of the British Isles and sometimes beyond, and set her self the challenge of doing a ritual or tradition every day of the year and logging it in her blog.
Karenjeet Kaur Bains is accountant by day, and a powerlifter the rest of the time - she is Britain’s first female Sikh powerlifter to represent Britain on the World and European stages.
We have the inheritance tracks of writer John Lanchester who chooses JS Bach, Partita no. 1 in B flat major, BWV 825 played by Dinu Lipatti and Hong Kong Garden by Siouxsie and the Banshees; and a listener's thank you.
Producer: Corinna Jones

See all clips from Mica Paris (2)