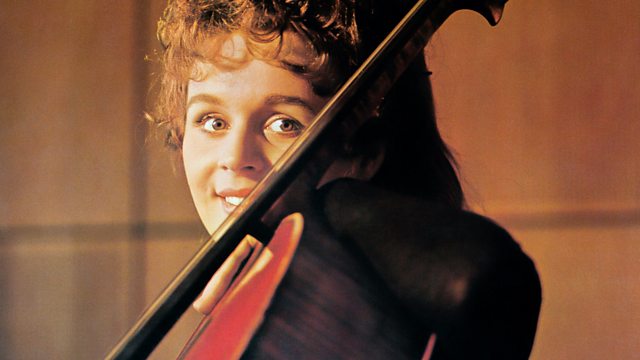 The Myth and Mystery of Anja Thauer

Anja Thauer was once known as Germany’s Jacqueline du Pré. After her suicide in 1973, her story was lost. It’s revealed to be a tragic tale of a prodigy and an ambitious mother.

Anja Thauer was a young German cellist on the brink of stardom in the 1960s. She won the Grand Prix at the Paris Conservatoire, signed with Deutsche Grammophon, released two critically acclaimed albums, and toured internationally. And then, a tragic end: she took her own life in 1973, aged 28, after starting an affair with a married doctor in Wiesbaden. Five days later, he took his own life.

Thauer remains a cult figure among collectors of rare records, who will sometimes pay four-figure sums for original copies of her LPs. But her story has never been properly told. Why not? In this Sunday Feature, music journalist Phil Hebblethwaite discovers that her position in music history may have been intentionally obscured by her mother – a former violin virtuoso – who exerted complete control over her daughter’s career, and subsequently her legacy.

And was Thauer’s career also overshadowed by the success of Jacqueline du Pré at a time when classical music perhaps wasn’t ready for two female star cellists? Their stories have uncanny similarities. They were the same age, studied together at the Paris Conservatoire, and their careers both ended in 1973 – when Thauer died and du Pré was diagnosed with MS.

The documentary starts in a charity shop in west London, with Hebblethwaite finding a copy of a Thauer’s recording of the Dvořák Cello Concerto. We meet critics who have spent years trying to find out more about Thauer and hear from those who knew and worked by her, including the conductors Zdeněk Mácal and Neville Dilkes, and the pianist Claude Françaix. And we head to Germany too, to research Thauer’s mother Ruth, and to try and understand the complicated relationship she had with her gifted daughter.