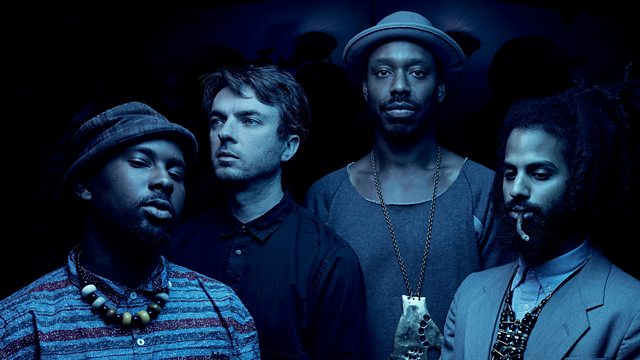 The biggest names on the buzzing UK scene play in a special edition of the iconic jazz show. Sons of Kemet, Nubya Garcia, Kokoroko and Ezra Collective headline an amazing line-up.

Jazz 625 originally ran on BBC TV in the mid-1960s and featured some of the greatest legends of that era. Stars like Thelonious Monk, Duke Ellington, Cleo Laine and Art Blakey helped create TV shows that today are regarded as jazz gold. The show returned for a special edition in 2019 with an all-star cast playing classic jazz from the 60s.

But jazz is very much a music of the now and never has that been more apparent than over the last few years when a new generation of UK jazz players have taken the global music stage by storm. Bands like Sons of Kemet and Ezra Collective have won over music lovers of all kinds the world over. This is music that returns to the roots of jazz - making people dance and sing as well as listen and think.

In this special one-off edition of Jazz 625, the very biggest stars of the current UK jazz explosion bring their joyous music to the Jazz 625 studio. Along the way, they also share stories of the special places and communities that helped their music develop. The film explores the importance of passing on jazz’s musical traditions from generation to generation and takes a deeper look at the spiritual music of the Manchester jazz scene. And there is room for some classic archive from the Jazz 625 vaults.

See all episodes from Jazz 625