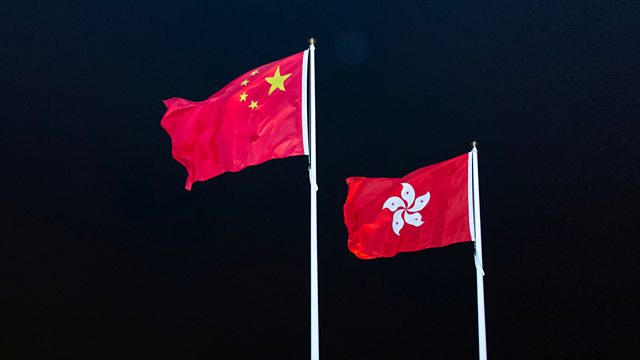 Rana Mitter asks what is the for future democracy and dissent in Hong Kong? And, after the recent US elections, we consider the place of Trumpism in conservative political thought.

Hong Kong has seen elections postponed, pro-democracy protesters arrested and a sweeping new national security law imposed by Beijing this year outlawing sedition and subversion. Rana Mitter asks whether Hong Kong can retain its unique identity and how the city's culture can help us make sense of these turbulent times. And, is there Trumpism without President Trump? Following the fortunes of the Republican Party in the US elections, we consider where the ideas associated with the 45th president sit in the history of conservative political thought.

Tammy Ho is Associate Professor of English at HK Baptist University, and a specialist on Hong Kong identity in literature

Zuraidah Ibrahim is deputy executive editor of the South China Morning Post, the main English-language newspaper in the city, and she is the co-author of Rebel City: Hong Kong’s Year of Water and Fire

Jeffrey Wasserstrom is Professor of Chinese history at the University of California and the author of Vigil: Hong Kong on the Brink, based on meetings with many of the Hong Kong protestors

Colleen Graffy is Professor of International Law at Pepperdine University's Caruso School of Law. She served in the George W Bush administration as deputy assistant secretary of state for diplomacy

Henry Olsen is a senior fellow at the Ethics and Public Policy Centre and a regular columnist for the Washington Post, as well as the conservative journal National Review. His recent book is The Working Class Republican: Ronald Reagan and the Return of Blue-Collar Conservatism