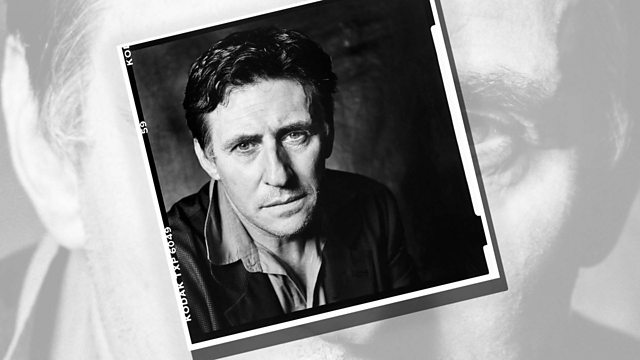 Gabriel Byrne joins Richard Coles and Nikki Bedi. The Award-winning actor made his acting debut as a shepherd in a Nativity play and since then has made over 80 films, won a Golden Globe for In Treatment and had a successful stage career. He talks about growing up in Ireland, wanting to be a priest, turning his life around and loving a simple life.

Courtney Act talks about her life and career which includes winning Celebrity Big Brother 2018 (UK). The performer also talks about why she's giving a lesson in ‘Kindness’ as part of the Celebrity Supply Teacher series on CBBC.

Listener Matt Flukes was told he has an incurable cancer just ten minutes after his adoption of two children was made official by a judge. He will talk about how he was inspired to write fiction by his experiences of adoption.

David Quantick is an Emmy-award winning comedy writer who has worked on Veep, Thick of It, Brass Eye and Spitting Image. But he explains everything might have been very different if he had carried on with his initial career choice in Law.

Walking With Ghosts by Gabriel Byrne is out now.
Courtney’s Act’s lesson is on Thursday 19th November at 10 am on CBBC.
Olly and Lilly, the search for a new race is out now
Night Train by David Quantick is out now.

See all clips from Gabriel Byrne (2)