BBC One
This Is Our Story: Inside Hearts
Main content 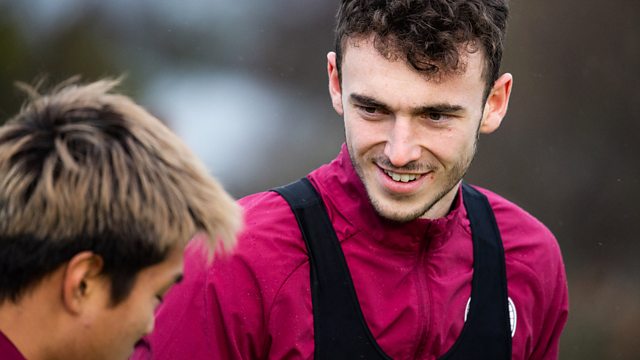 This Is Our Story: Inside Hearts Series 1
Episode 1 of 3

The 2019/2020 season is under way and Hearts are on a losing streak. The fans are not happy with manager Craig Levein, so the pressure is on chairman Ann Budge to replace him.

The 2019/2020 season is under way and Hearts aren’t doing well. The fans are not happy. Manager Craig Levein has just been sacked and the club is in limbo. Sitting at the bottom of the table and on a losing streak - the pressure is on for chairman Ann Budge to find a new manager quickly, but she’s determined to take her time and get the right person. The club has all the infrastructure in place to remain one of the top clubs in Scottish football, but plagued with injuries, the first team are struggling to crawl back up the Premiership league table.
Assistant coach Austin MacPhee is interim manager while Ann Budge and the board interview prospective candidates from all over the world. Team and staff morale is low... the players are disheartened by the lack of goals and worried that relegation looks closer after every game.

While the men’s team linger at the bottom of the table, the women’s team are on their way up! A win against Partick Thistle puts them up a league to SWPL 1. Kevin Murphy and his team are determined to produce top rate female players of the future for Hearts and the national squad.

After weeks of press speculation, by December Ann Budge finally has a new manager in place. Daniel Stendel arrives from Germany with a new style of play and soon becomes a firm favourite with the fans who are eager to see some goals at Tynecastle.
Everybody is feeling the pressure to perform to the highest standard possible in order to bring Heart of Midlothian Football club back from the brink.

See all episodes from This Is Our Story: Inside Hearts