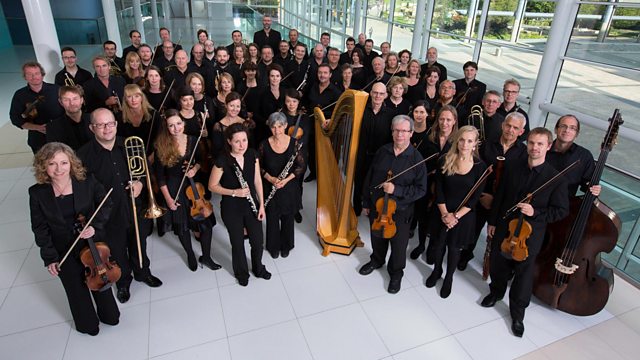 The UK Premiere of Chartres by Justina Repeckaite, live from MediaCity in Salford with the BBC Phil. The Concert Orchestra is joined by star soloists for music by Turina and Falla.

The BBC Philharmonic present a short studio concert, live from MediaCity, Salford, starting with Fauré's popular Pavane, a composer who suffered increasing deafness towards the end of his life. Jennifer Pike is the soloist in Mozart's sunny Violin Concerto No 5. The BBC Concert Orchestra feature in the rest of the programme with a newly released CD of Spanish music: and the wind players from the orchestra play Holst's Japanese Suite. Holst spent much of his life teaching and composing because neuritis curtailed his ambition of being a concert pianist. Part of ‘1 in 5’, the BBC's focus on disability this month, marking the 25th anniversary of the Disability Discrimination Act.