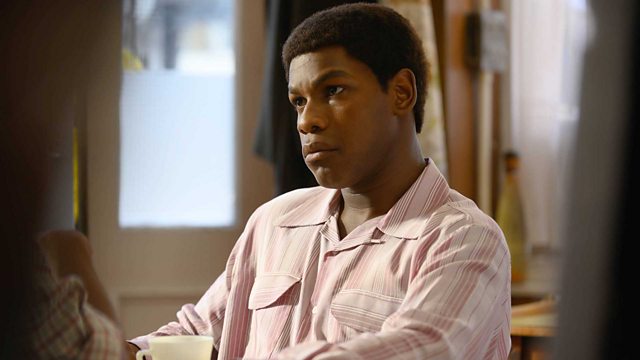 Steve McQueen on his Small Axe films and the enduring popularity of The Simpsons as the 31st season reaches the UK.

The Simpsons is the longest running scripted primetime TV show ever. As season 31 kicks off in the UK we explore its potent popularity with comedian and fan David Baddiel and writer, producer, and story editor on thes how Tim Long who’s worked on more than 450 episodes

Photographer Simon Phipps discusses his book Brutal North, a celebration of modernist and brutalist architecture in the north of England. The post-war years saw the building of some of the most aspirational and successful modernist architecture in the world, from Newcastle’s Byker Wall Estate to the Preston bus station, completed in 1969. But how vulnerable are these buildings today?

British film director Steve McQueen has achieved Oscar success but his latest project sees him returning to the small screen with a series of five new dramas for BBC TV, set in London’s West Indian community between 60s and the 80s.

Jenny Sturgeon’s new album is inspired by and takes its title from Nan Shepherd’s book about the Cairngorms, The Living Mountain, which, though slender, has had a profound influence, changing the way we relate to high and wild places. There are 12 chapters and Sturgeon has written a song for each. She talks about recording them in the mountains, with a backing track of natural sounds. She tells, too, the story of her guitar, made from local materials – an old shelf from a local bar and even heather and lichen growing in the Cairngorms.

The Simpsons streams on Disney+ from Mon 16 Nov