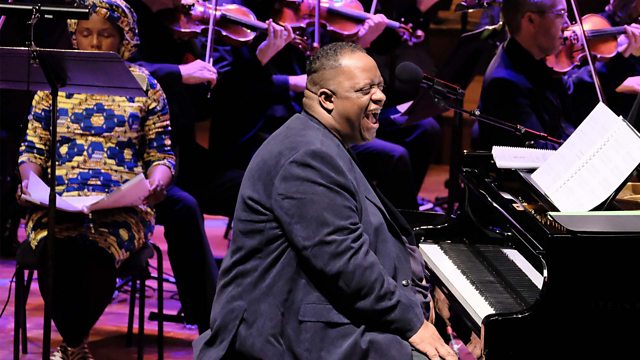 Fiona Talkington introduces Tristan and Isolde, retold in Julian Joseph's oratorio with a contemporary, multicultural backdrop to a libretto by Mike Phillips. Featuring the BBCCO.

With Fiona Talkington. Showcasing two composers as part of ‘1 in 5’, the BBC's focus on disability this month: Edward German, who was visually impaired at the end of his life, and Delius, who was both blind and paralysed.

But first, another chance to hear the Tristan and Isolde story, re-told with a contemporary, multi-cultural backdrop by Julian Joseph to a libretto by Mike Phillips. In this oratorio for modern times Isolde longs to escape to the Transylvanian countryside, where she meets Tristan and falls in love. What she doesn't realise at first is that she has met Tristan before when he was part of a street gang in London and she tended his injury. Tristan also harbours a dark secret concerning Isolde's former fiancee.