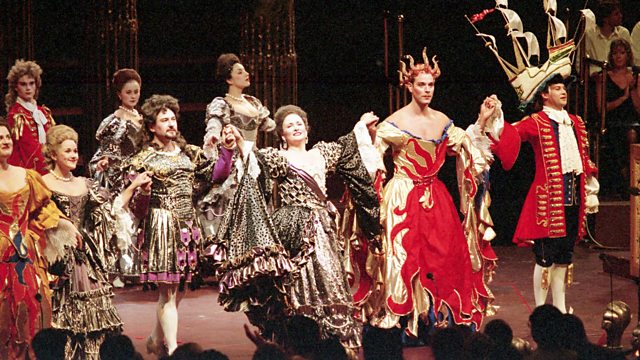 Renowned baritone Roderick Williams picks his highlights from over three centuries of opera in Britain and discovers what our opera story can tell us about British identity.

Renowned baritone Roderick Williams picks his top ten highlights from over three centuries of opera in Britain and discovers what our opera story can tell us about British identity.

Britain has often held an ambivalent attitude towards opera. At many points over the last 350 years, sung dramas have spoken to and for a mass audience. At other times we’ve viewed opera as elitist and foreign. In this first three-part series we'll see how, throughout that history, the changing place of opera in British culture tells a revealing story about who we are.

In this first episode, Roderick looks at our early opera story and sees how Britain’s struggle with a new, flamboyant and decidedly decadent style of musical theatre from Europe mirrored the dramatic changes that were happening in British society during the eighteenth century. We hear from treasured works by Purcell and Handel, along with a celebrated patriotic anthem still famous today.

Produced in Cardiff by Chris Taylor and Amelia Parker

See all episodes from Britain in Ten Operas