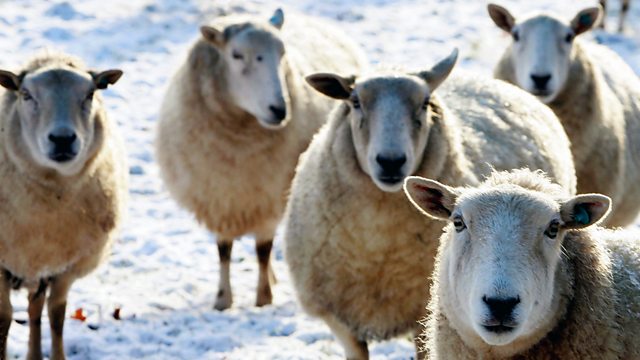 We hear from the Farming Minister on the day the Agriculture Bill is due to be given Royal Assent.

Greener, cleaner, high welfare local food and a countryside which protects the environment, wildlife and special landscapes - that’s the vision of the Agriculture Bill which is due to receive Royal Assent. But will that vision become a reality? Anna Hill speaks to the Farming Minister, Victoria Prentis, about whether the UK's food standards will be protected in future trade deals, and where food security fits into Environmental Land Management Schemes.

More than 100,000 deer are culled each year in Scotland, contributing to the rural economy both through people paying to go stalking, and through the value of the venison. But COVID 19 has prevented many people travelling this year and many restaurants - a big outlet for venison - have had to temporarily close their doors. It means the economics of deer stalking aren't adding up, and it could have an environmental knock-on.

And our week of young farming voices continues with Fred Price, who runs Gothelney Farm in Somerset. After taking it on, he moved away from a high-input, intensive commodity operation, towards a regenerative or agro-ecological system. The family farm 350 acres rearing rare-breed free range pigs on home-grown cereals and herbal leys. He also set up the The South West Grain Network, so he and other farmers could sell cereals direct to millers and bakers, and says shorter food supply chains will be vital in the future.