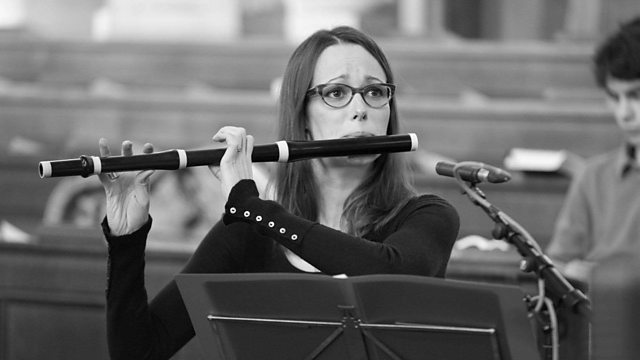 The Silence of My Pain

As part of the BBC's focus on disability, marking the 25th anniversary of the Disability Discrimination Act, Hannah French explores a hidden disability for many musicians: pain.

As part of the BBC's focus on disability this month, marking the 25th anniversary of the Disability Discrimination Act, Radio 3 presenter Hannah French reveals some of the problems she has encountered as a musician living with one of those often "hidden" disabilities - chronic pain.

For 15 years, Hannah has lived with constant pain in her leg, stemming from a genetic condition called Ehlers Danlos Syndrome. It’s an ever-present feature of her life but despite talking about music on the radio, she shies away from using it to help manage the pain. Could this all change? Art has the ability to conjure the agonies (and ecstasies) of pain, but it’s hugely subjective - and how powerful or helpful is music in relating shared experiences? She talks to fellow Radio 3 presenter Fiona Talkington about musical language, and to violinist Nicola Benedetti about the importance of listening to our bodies. Theatre Director Rachel Bagshaw leads Hannah into a world in which she’s channelled pain into a creative space, and neuropathologist turned musician Malcolm Galloway tells her about how being on stage is, for him, the best medicine. Finally, Goldsmiths' Professor Joydeep Bhattacharya helps Hannah to explore the medical science behind the phenomenon of ‘Flow’ – explaining how she once suppressed painful sensations long enough to perform as a flautist.