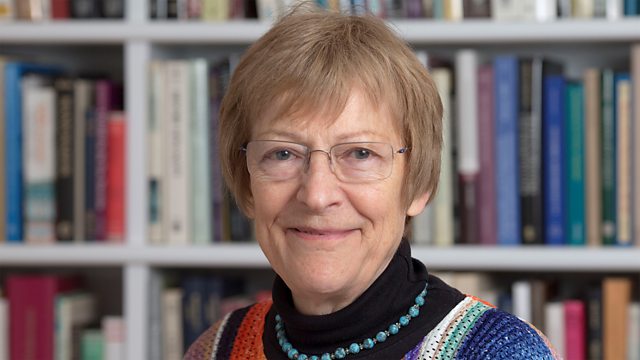 On this darkest day of the year, Judith Herrin brings to Private Passions the dazzling gold of medieval icons and mosaics: she has spent a lifetime exploring the history of Byzantium, that thousand-year civilization which led Europe out of the dark ages and into the modern era. She’s one of our greatest historians of the early medieval Mediterranean world, that melting pot of East and West, Christianity, Islam and paganism. She’s worked in Paris, Munich, Istanbul and Princeton, and is currently Emeritus Professor of Byzantine Studies at King’s College London. She is the author of eleven books, and her latest is a fascinating study of the north-Italian city of Ravenna, famous for its gold mosaics and once the centre of the Roman and then the Byzantine Empire.

In Private Passions, she talks to Michael Berkeley about her passion for Ravenna, which she first visited as a teenager. The mosaics there made an unforgettable impression – an almost mystical experience. As a young woman, Judith Herrin spent her summers in Prades in Southern France, working on a peach farm by day and going to hear Pablo Casals at night. She chooses a memorable archive performance of Casals, as well as a recording of Jacqueline du Pré, who was a friend when she was growing up. Her own instrument is the bassoon and she chooses bassoon music by Mozart and by Janáček. And she has never forgotten seeing The Doors at the Roundhouse in the mid-60s, with revolution in the air and the excitement of creating a new kind of history.