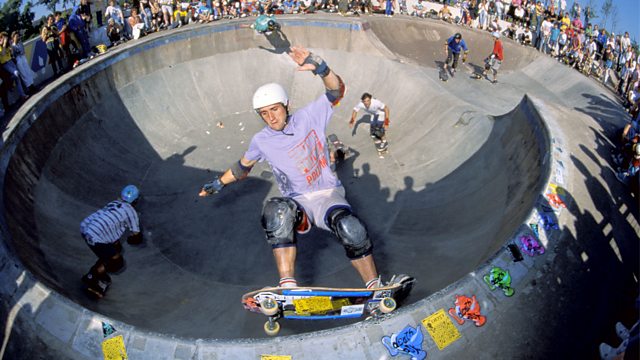 How did a maverick Scottish architect revolutionise the design of UK skateparks? Documentary maker Steve Urquhart explores the ambition and legacy of his late uncle, Iain Urquhart.

How did a maverick Scottish architect revolutionise the design of UK skateparks?

Iain visited emerging parks across California, taking specialist advice from skateboarders and designers. When his masterpiece opened in 1981 he persuaded some of the biggest international stars of skateboarding to come to Scotland to “skate Livi”.

How did Iain Urquhart convince funders to support his ambitious cultural venture? How did local people react to a vast, Noguchi-esque concrete “moonscape” being constructed for the sole purpose of a niche recreational activity, on what had been a lush green valley? How has the town of Livingston itself been shaped by its pioneering skatepark?

As skateboarding becomes an Olympic sport (in Summer 2021), the documentary maker and sound artist Steve Urquhart presents an audio memorial to his uncle Iain, blending exclusive and personal access to the late architect’s archive with the sounds, music and voices of skateboard culture and counter-culture. In doing so, he reveals a bigger story of artistic ambition and cultural aspiration in Britain’s vibrant 20th-century “new towns”… and a surprising connection with a swimming pool, created by the Finnish architect Alvar Aalto…

The Silence of My Pain