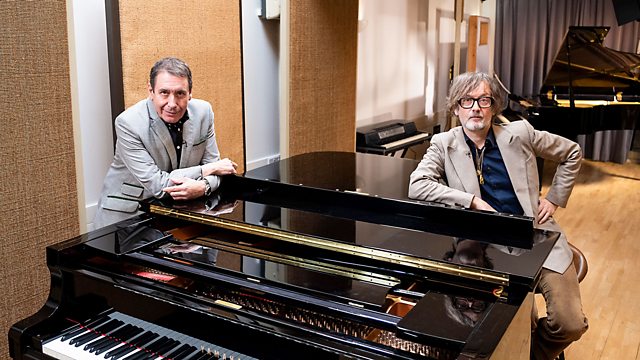 Jools chats to Sheffield musician and broadcaster Jarvis Cocker about his musical journey so far, and there are performances from Greentea Peng and Working Men’s Club.

This week, Jools chats to Sheffield musician and broadcaster Jarvis Cocker about his musical journey so far, illustrated by a diverse selection of clips from the extensive Later... archive. Cocker rose to fame as the frontman of Pulp, with whom he had two number 1 albums, Different Class and This Is Hardcore, winning the Mercury Prize for the former. No stranger to Later… and the Hootenanny, Cocker has performed on the show five times, the last in 2006 with music from his debut solo release. This year, he released the album Beyond the Pale, under the guise of JARV IS... The seven tracks of the record took shape on a work-in-progress tour of small clubs and unusual places. These included an underground cave in Derbyshire, which the band returned to during lockdown to play a virtual concert.

This week’s performances offer introductions to two new artists making their debut on the show. The first is Greentea Peng, the alter ego of south Londoner Aria Wells, whose unique, psychedelic R&B made her a breakthrough artist of 2020. In a short space of time, she went from working behind a bar to supporting kindred spirit Neneh Cherry and being featured on The Streets' latest album. Her latest release Hu Man is an exploration of self and our attachment to identity. She performs as Greentea Peng because she loves green tea and peng is her most used word.

Second up to make their debut on the show are Working Men’s Club from Todmorden in West Yorkshire, who have released a critically acclaimed, self-titled debut record. The album, made with the help of Arctic Monkeys’ producer Ross Orton, blends genres with tunes equally at home at a gig or a rave. The album is heavily influenced by its surroundings. Singer Sydney Minsky-Sargeant says the latest single Valleys is the sound of the valley where he lives in the winter. Their performance is specially filmed for Later… at The Trades Club in Hebden Bridge, a venue that not only influenced the band’s name but plays an important role in their story, alongside other venues in the area's thriving music scene.