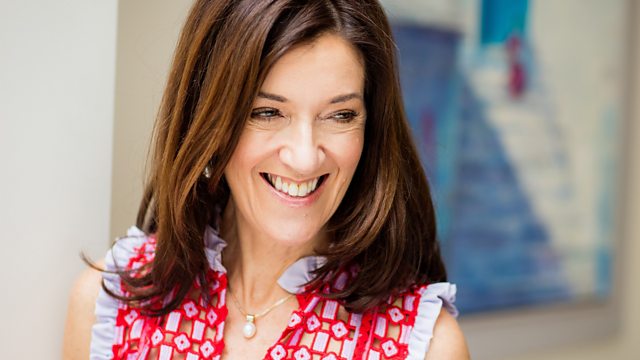 Author Victoria Hislop discusses her new novel "One August Night" and a look ahead to the Women's FA Cup this weekend.

Author Victoria Hislop discusses her new novel ‘One August Night’, the long-anticipated sequel to her award-winning work, ‘The Island’. Why has she waited so long to revisit the hugely popular Cretan world and characters she created?

It's the Women's FA Cup this weekend between Everton and Manchester City. Everton's Captain Danielle Turner and Jude Morris-King , volunteer Treasurer at the Man City Women Official Supporters Club talk to Paulette about what's it been like for the game under lock down and about the possible long-term impact of Covid-19 on the women’s game.

Plus a study at the University of Cambridge, as part of the CanTest collaborative, has revealed that a blood test already available to GPs in the UK is more predictive of ovarian cancer than previously thought. We hear from Cancer Research UK’s head of early diagnosis Dr Jodie Moffat and science teacher Fiona who was diagnosed three years ago.

And singer Charlotte Awbery tells us about her journey from waitressing to being a guest on the Ellen Show, and now creating her own music after an impromptu appearance in a YouTube video went viraL