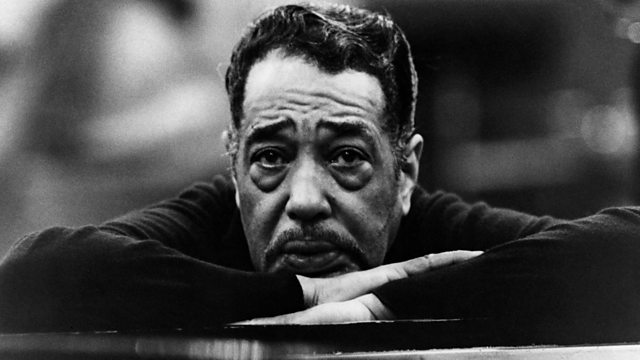 YolanDa Brown presents the City of Birmingham Symphony Orchestra and the BBC Big Band in concert at Birmingham's Symphony Hall in celebration of composer Duke Ellington.

As part of Black History Month YolanDa Brown presents the City of Birmingham Symphony Orchestra and the BBC Big Band in concert at Birmingham's Symphony Hall as they, along with conductor and pianist Wayne Marshall and singer Kim Criswell, celebrate the music of composer Edward Kennedy 'Duke' Ellington. Recorded in 2005, their programme includes three of Duke Ellington's suites for orchestra; Black, Brown & Beige, written for his first Carnegie Hall concert in 1943, A Tone Parallel To Harlem and Three Black Kings. Written in 1951, A Tone Parallel To Harlem is the Duke's description of his city within New York City; 'It is Sunday morning. As we go strolling from 110th Street up Seventh Avenue, you may hear a parade go by, or a funeral, or you may recognize the passage of those who are making Civil Rights demands.' Three Black Kings was Duke Ellington's final work composed shortly before his death in 1974, and the kings depicted in his dramatic score are Balthazar, Solomon and Dr. Martin Luther King, Jr.

As well as the orchestral suites there are plenty of Duke Ellington's greatest hits. These include It Don't Mean A Thing, Satin Doll, I Got It Bad, Solitude, The Mooche, Mood Indigo and Take The 'A'Train, all of which showcase the talents of the BBC Big Band along with the City of Birmingham Symphony Orchestra who recently celebrated their 100th anniversary.

During the interval YolanDa looks back at some of Duke Ellington's BBC interviews including his 1971 meeting with jazz critic Stanley Dance in which he recalled how issues of race affected his work as a composer and bandleader in the 1930's and 40's.

Blues In The Night: Woody Herman

A Handful Of Songs: A Tribute To Lionel Bart