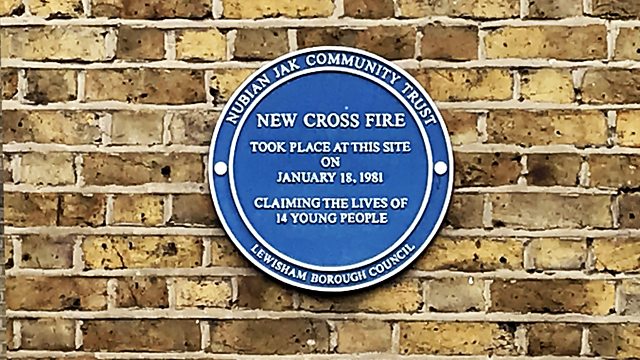 From the Ashes of New Cross

Lights Out Series 3
Episode 1 of 3

The documentary series that invites a closer listen - to the night of the New Cross Fire in 1981 and its aftermath.

The documentary series that invites a closer listen.

On 18th January 1981, Yvonne Ruddock was celebrating her 16th birthday party in the family home at 439 New Cross Road in south east London. What followed devastated countless families, scarred the community and shifted the position of black politics in British society. A fire broke out in a downstairs room and 13 young people were killed, including Yvonne and her elder brother Paul. A 14th young person died subsequently.

With the 40th anniversary of the fire approaching, Lights Out revisits the events of that night and their aftermath. The musician Johnny Osbourne encapsulated the official and media response to the fire in his song Thirteen Dead and Nothing Said.

At first, the police and local community suspected arson - a racist attack. After all, this was only a short time after the Battle of Lewisham in which black residents and activists had successfully confronted a National Front march just up the street. But no-one was ever charged and, at the Inquest, an open verdict was returned.

Survivors of the fire - including members of the Ruddock family and Wayne Haynes, who was DJ'ing that night, along with community activists such as Sybil Phoenix who were witnesses to it and the subsequent Black People's Day of Action - share their understanding of what happened and what the New Cross Fire has come to symbolise.