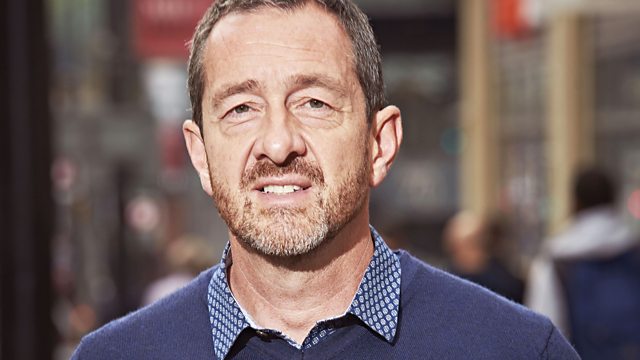 Chris Boardman, cyclist, businessman and Greater Manchester cycling and walking commissioner, shares the soundtrack of his life with Lauren Laverne.

Chris Boardman is an Olympic cyclist, businessman and the Cycling and Walking Commissioner for Greater Manchester.
Both his parents were keen competitive amateur cyclists and they backed Chris as he gradually became interested in the sport as a teenager. He left school at 16, and trained as a carpenter to fund his cycling, and his love of making things has never left him. He met his wife Sally when they were teenagers and she supported him when he took time off work to train and compete.
He became a household name in 1992 at the Olympics in Barcelona, as the first British cyclist to win a gold medal in 72 years. He moved on to road racing and wore the yellow jersey in the Tour de France on three occasions. After retiring from racing, he was instrumental in the success of Team GB cycling at subsequent Olympics, with his focus on how improvements could be made in all aspects of design.
He also launched his own range of bicycles catering for elite and everyday cyclists, and as Greater Manchester's Cycling and Walking commissioner, he is finding ways to help people leave their cars at home.