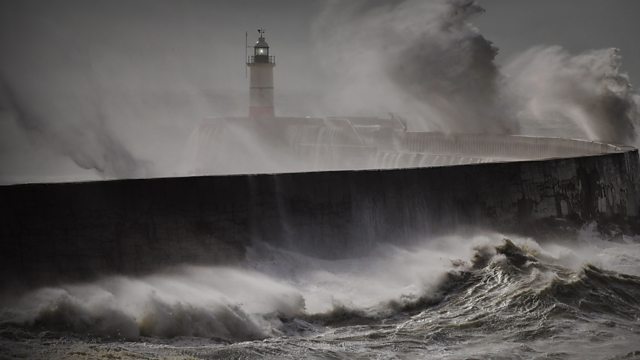 The dramatic effects of climate change evoked in words, sounds and a powerful new musical work composed by Kieran Brunt.

The dramatic effects of climate change evoked in words, sounds and a powerful new musical work.

Over four movements of rich and evocative music, the listener is transported to the front line of the climate crisis, with stories from coastal Ghana – where entire villages are being swept away by the rising sea – to Norway’s Svalbard archipelago in the high arctic where the ice is melting with alarming speed. The dramatic final movement ponders two contrasting possible outcomes to the crisis.

In an ambitious new work originally commissioned by BBC Radio 3 for their Between the Ears strand, Kieran Brunt weaves together electronic, vocal and orchestral elements recorded in isolation by players from the BBC Philharmonic. Each musician recorded their part individually at home and these recordings were then painstakingly combined by sound engineer Donald MacDonald to create a symphonic sound.

Documentary producer Laurence Grissell and composer Kieran Brunt have collaborated to produce an ambitious and original evocation of the causes and consequences of rising, warming oceans.

The Soothing Presence of Strangers

Isolation, In Your Words