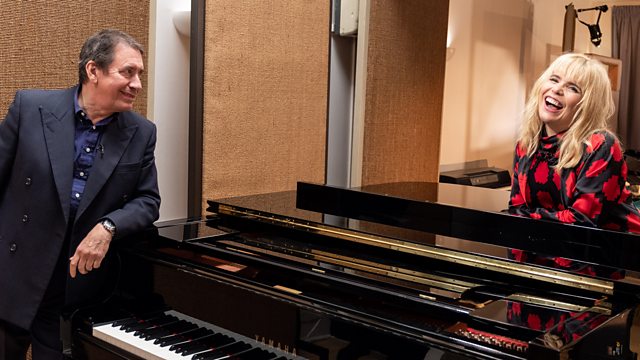 Jools chats to singer and actor Paloma Faith about her musical journey, loves and influences, and there is a unique performance at Jools’s studio from producer, songwriter and musician Fraser T Smith.

Jools chats to singer and actor Paloma Faith about her musical journey, loves and influences, illustrated by a diverse selection of clips from the show’s extensive archive. A friend of Later..., Faith first appeared in the studio over a decade ago. She chats with Jools ahead of the release of her fifth album Infinite Things, follow up to 2017’s number 1 The Architect. Her forthcoming record was completed before the pandemic, but during lockdown she changed it dramatically to reflect the times, with new songs recorded in a studio set up in her basement.

There is a unique performance at Jools’s studio from producer, songwriter and musician Fraser T Smith. Famed for his work with the likes of Stormzy, Adele and Dave, Smith is now stepping out with his own music. His first offering, 12 Questions, is a conceptual album based on a series of questions posed by Fraser to different collaborators. The questions are drawn from Smith’s own anxieties surrounding topics of faith, freedom, race, gender, wealth, equality and ecology. He is joined at the piano by one of the album's featured artists, emerging musician and poet Arlo Parks.

And there is a specially recorded performance from the much-celebrated Malian songwriter and guitarist Afel Bocoum, recorded on the balcony of his home in the country’s capital Bamako. Last month, Bocoum released his fourth album, Linde, a record of desert blues that blends tradition with influences from across the globe. Executive produced by Damon Albarn and Nick Gold, the album takes its name from the wild expanse near Bocoum’s hometown Niafunke and calls for hope, solidarity and unity in Mali. His musical career kicked off in his teens, as a member of his mentor Ali Farka Toure’s backing group.