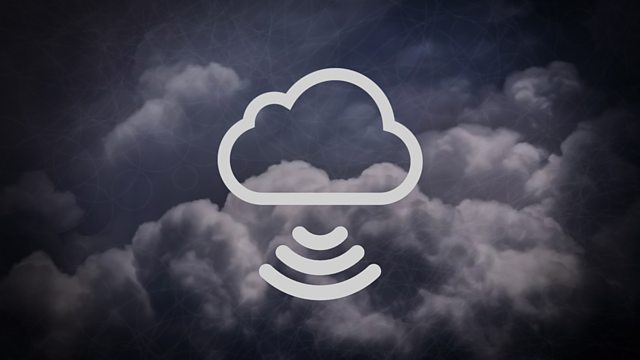 Author and technologist James Bridle navigates the history and politics of the cloud. It's the key metaphor of the internet, ethereal and fluffy - but what is it hiding?

It’s the central metaphor of the internet - ethereal and benign, a fluffy icon on screens and smartphones, the digital cloud has become so naturalised in our everyday life we look right through it. But clouds can also obscure and conceal – what is it hiding? Author and technologist James Bridle navigates the history and politics of the cloud, explores the power of its metaphor and guides us back down to earth.

We connect to the cloud, think of it as place-less, a digital ‘elsewhere’ for storing and retrieving our data, content and memories. But far from being immaterial, the cloud is a vast, physical network made up of concrete, silicon and steel, of earthbound server farms, subterranean data centres and cables beneath the sea. It is not a publicly owned space or digital 'commons'. It is a multi-billion dollar, private infrastructure dominated by some of the world’s most powerful companies – principally Amazon, Microsoft and Google. The cloud exists within the same geography that we do: a patchwork of national and legal jurisdictions, which determine – most of the time – what it can and cannot do.

And while the cloud screen icon looks eco-friendly and clean, it’s estimated that this year data centres powering the cloud will produce around 4% of global greenhouse emissions and consume 1% of the world’s electricity. The cloud is a new kind of industry, and a hungry one - it doesn’t just have a shadow, it has a footprint.

But the cloud is also a fantasy, an idea of connectivity formed from Silicon Valley’s early idealism and the Cold War militarisation of computer networks – freedom and surveillance, respectively – wrapped around the physical networks that came before it: railway tracks, sewer lines, undersea telegraph cables, television circuits. Now it’s the metaphor that dominates an internet of algorithms, machine learning and big data. As more and more of our digital lives and public services migrate to the cloud, how is cloud technology reading, even re-wiring, us in turn? And how does our haziness about the cloud - what it does, where it is, who controls it – impact our own agency in the digital world?