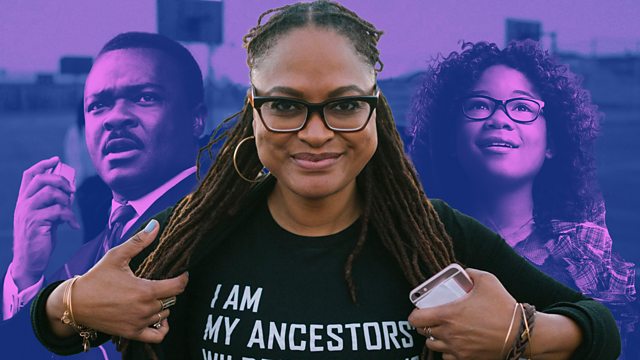 Documentary from Corrina Antrobus that explores the work of Ava DuVernay, the first black female film director to direct a $100-million film.

In this short documentary profile, Inside Cinema takes a look at the career of an extraordinary woman who, from picking up her first camera at the age of 32 and directing her first feature, hip-hop documentary This Is the Life, has consistently laid the groundwork for what would become her brand of putting black women first.

The programme is written and narrated by Corrina Antrobus, a film writer, podcaster and founder of The Bechdel Test Fest, a celebration of films that present women in a positive and dynamic light. She explores DuVernay’s journey to becoming the most powerful black woman in the film industry.

Released just as Eric Garner and Michael Brown’s deaths galvanised the Black Lives Matter movement, DuVernay titled the film Selma as a dedication to those who joined Dr King on the marches.

After Selma came DuVernay’s feature-length documentary, 13th, which showed how prison works as a modern-day labour industry and aimed to dismantle the racist foundations in film culture laid down by so-called godfather of film DW Griffith.

DuVernay was given a budget of $100 million for the Disney fantasy adventure A Wrinkle in Time, the most she, or any black woman, had enjoyed at the time the film was made. The film helped create balance for young black girls who rarely get to be the hero in children’s adventures, strategically centring on a young black girl throughout.

DuVernay’s next project, a four-part drama series, When They See Us, tackled the case of the Central Park Five, using an infamous miscarriage of justice as an extreme example to expose all the wider facets of a biased criminal justice system.

The film also argues that the very fact that Ava DuVernay is the first black woman to break so many glass ceilings is both an indictment of an industry that has kept artists like her at a distance and a cause for celebration as we look to the future for the next DuVernay.