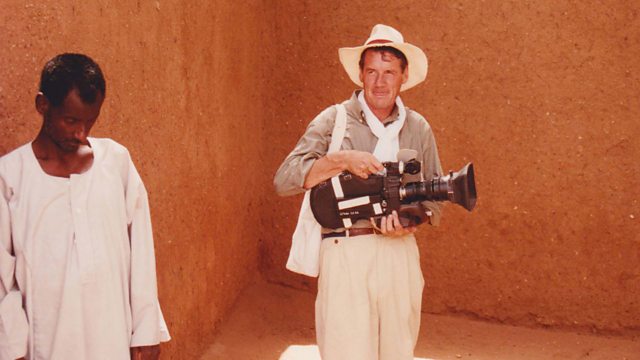 Michael Palin: Travels of a Lifetime Series 1
Episode 1 of 4

How ex-Monty Python comic Michael Palin became an accidental traveller when he accepted an offer to go around the world in 80 days, following the route of Phileas Fogg in the classic Jules Verne story. He looks back on the programmes and his diaries to reveal how the series was made and the impact it had. And fans and friends including Sir David Attenborough, Joanna Lumley and Simon Reeve reflect on his achievements. Little did he know the resulting series would become a huge hit, changing the face of TV travel programmes.

Journeying from London to Venice, Michael first encounters the grubby side of that famous city as he does a shift with its refuse collectors. Then it is on to Egypt, where he is thrown into the maelstrom of Cairo life and starts to get a taste for the unexpected. Gradually, Michael, who began the series nervous about the scale of this undertaking, sheds his inhibitions and embrace the joy of travelling.

After a detour overland across Saudi Arabia, Michael experiences a magical voyage on an open-topped boat called a dhow across the Arabian Sea to India. On board, he discovers a natural talent for engaging with people from completely different backgrounds – a style of presenting that became his signature. India presents huge challenges, but a train journey from Bombay to Madras also offers a chance to meet more local people and capture the character of this huge country. From here, it is on to Hong Kong and into Communist China, which, at the time, was a closed and mysterious land to most Westerners.

Michael’s journey through China reveals a country and a people most of his viewers had never seen in this way. Finally, after crossing the Pacific, the USA and the Atlantic, Michael arrives home to find England greyer - and less friendly - than he would have hoped. But he has completed the challenge in 80 days, and with it, he has discovered his passion for travel.

See all episodes from Michael Palin: Travels of a Lifetime